So its time for the next poll of the series of polls that I have been carrying out to learn more about our MFC leanings :)

MoralityPrinciples concerning the distinction between right and wrong or good and bad behavior.

The same dictionary defines the word subjective as follows

Subjectivebased on or influenced by personal feelings, tastes, or opinions.

The question for you, my dear MFC readers, is whether you think this Morality is purely subjective. Vote away to the option that best identifies your own position!!!!!! :)

All of this will be part of a broader series of poll conducted on MFC users and will be summarized in an article in the future. If you have not taken part in the previous polls of this series, the links are below and you can head on right over and drop your vote :) 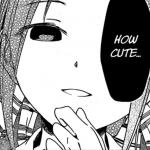